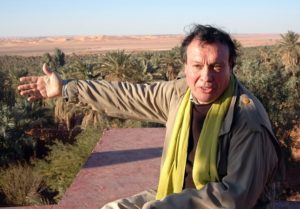 He has lived for eight years in the Sahara working for study and restoration of oases in Algeria. With numerous essays and books published since the late 1980s, he demonstrated how oases are the result of human ingenuity, patrimony of techniques and knowledge to combat aridity and sustainable management model for the entire planet. He coordinates and manages projects based on the recovery of ancient techniques of water collection systems with various international organizations throughout the Mediterranean, Yemen, Mauritania and Ethiopia.

He promoted the recovery of the troglodyte town of the Sassi of Matera in the south of Italy, which had been completely abandoned in the 1960s, and is the author of the reports that led to the inclusion of the Sassi of Matera and the Cilento Park in the list Of the UNESCO World Heritage Site. Reality in relation to the recovery of urban ecosystems and the preservation of the landscape.

He is founder and co 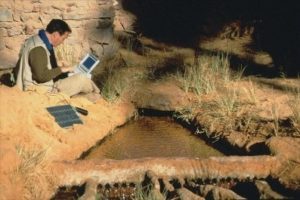 ordinator of IPOGEA Center for Traditional Knowledge, a nonprofit organization with headquarters in Matera and Florence, which designs landscape conservation projects with ancient practices such as the use of dry stone terraces, water capture tanks And drainage galleries.